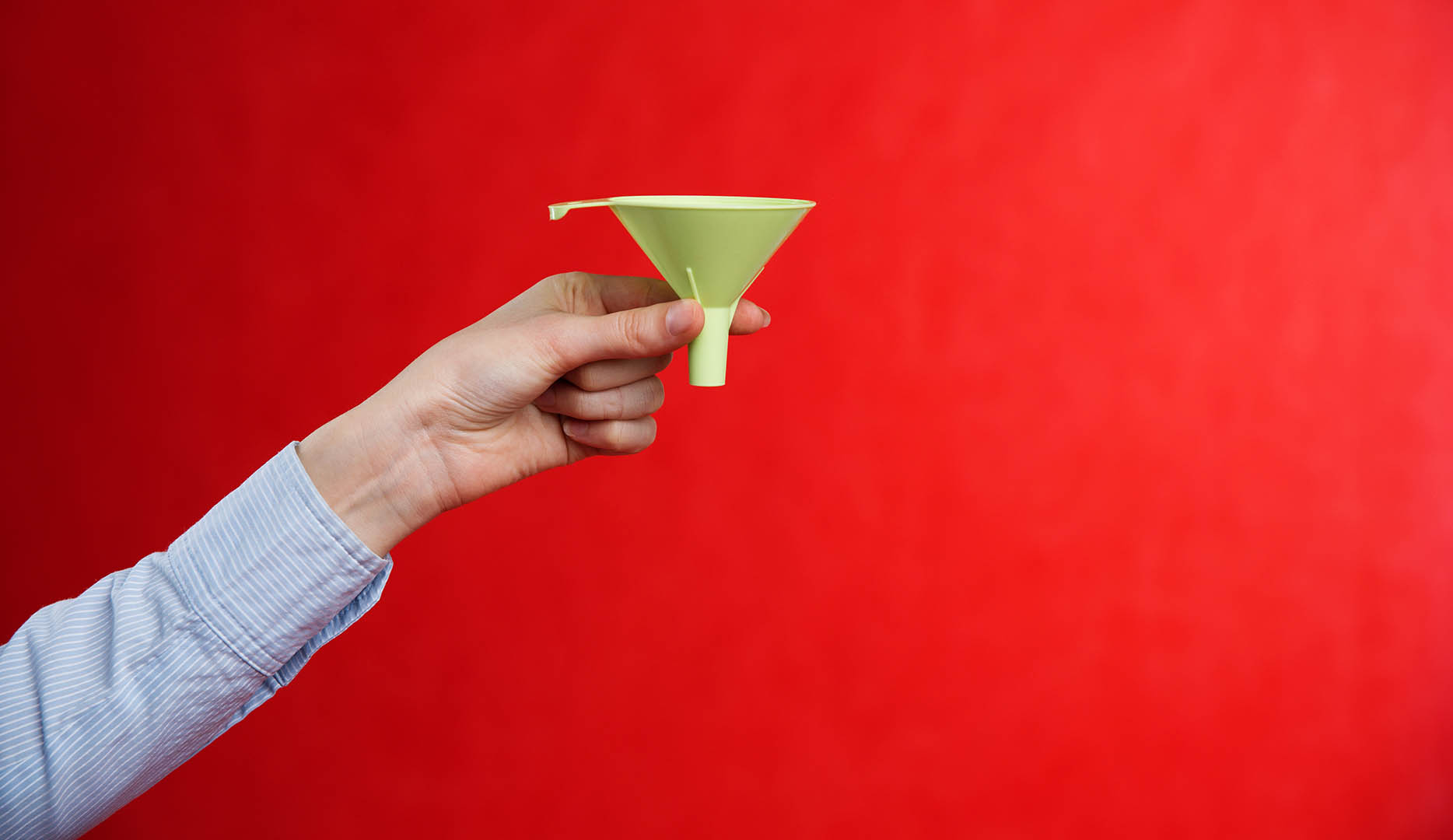 I’ve taken a sales and marketing tool and turned it into a strategy tool that you might find very helpful right now. The concept works like this:

There are a range of possible futures playing out for each of us. None we can be certain about. The further out in time we look the more uncertain the view. Nothing new here. What is our response? Generally, scenario planning and forecasting. The questions you should be asking yourself now is how many scenarios should I be considering and how can I move them along the strategy funnel?

The strategy funnel is shown here. It starts with scenarios built on the furthest time horizons. Ones with greatest uncertainty and greatest variability between good and bad outcomes. The further down the funnel, the more certainty prevails with the less variability. To start I recommend at least four and preferably six scenarios. One for each positive and negative scenario, situated at three different time horizons.

The difference between a strategy sales funnel of a year ago, and now, is the shift in time horizons from years to months. The good news about this is, you will know how good your bets were a lot sooner.

To set the funnel up for the next 6 months (plus) of COVID, make a record of the main assumptions you have made in each of the scenarios. For example:

In sales and marketing, customers are moved through or out of the funnel via sales and/or marketing contact points. For example: from clicking on an advertisement; to filling out an inquiry form to a call from a sales rep to problem definition, solution and an offer being made. The potential customer can become a customer or exit the funnel at any one of these touch points.

In the case of the strategy funnel, the scenarios are moved through the funnel by asking the question “Was this assumption right or wrong?” If for one particular scenario you are answering “wrong” often enough, the scenario exits the funnel to be replaced by a new scenario.

I know this might seem like quite a bit of work. However, having a flexible strategy is critical right now. Even more critical is knowing when to re-orientate it. But choose a timeline that makes sense for your business. That might be monthly or quarterly or even longer, especially if you are in a less volatile industry sector.