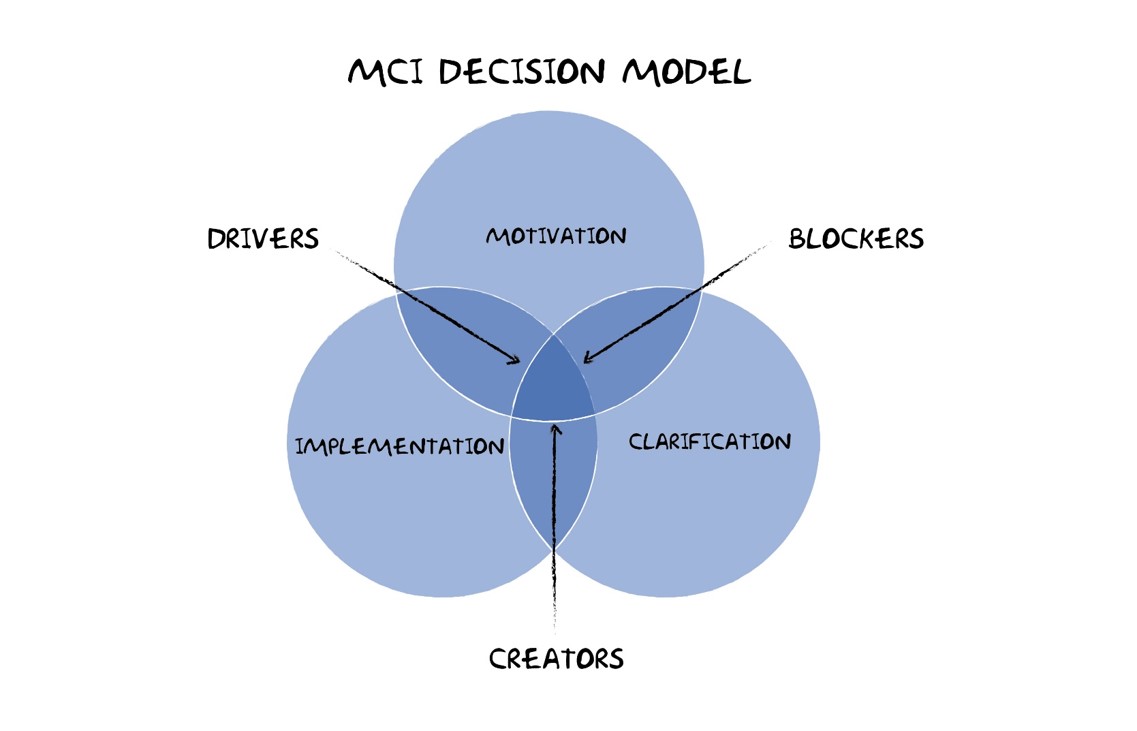 Recently I read Essence of Decision – Explaining the Cuban Missile Crisis by Graham Allison and Philip Zelikow. I won’t tell a fib and say it is an easy read. Bits of it are. The sections recalling the historical facts and some of the conjecture about the decisions being made by the historical figures were most enjoyable. The theory of decision making was a hard slog.

The book did two favours for me. First it reminded me why I developed the MCI Decision Model and went on to write my first book DECIDE How to Manage the Risk in your Decision Making. Because I needed a simple model I could use to help me and help others to improve decision making. The second, because the book made me see the MCI Model in a different light.

MCI stands for Motivation, Clarification and Implementation. It is constructed on the notion that we are too quick to move to implementation, we don’t stop long enough to clarify our intentions and that we don’t check our motivation sufficiently to see if we are actually answering the right question.

Essence of Decision gave me new insight into these three elements. With respect to motivation, I came to better appreciate political ideology or organsiational creed as a keen motivator of people. That people are driven by their organisational mantra and this can often be stronger than personal goals or values. With respect to clarification, it was the intriguing aspect of the role of analysts in the crisis and how information was filtered on its way to the top decision makers. And third that compulsiveness to implementation is as much an organisational attribute as it is a personal one. It is not simply a can-do attitude, it is a can-do “exactly this way” attitude.

I hope the first two are clear in your minds, however, the third probably needs an example.

The Soviet mission was a secret operation. The US was not supposed to know. When the Soviet forces built missile bases in Cuba they did not camouflage them from the air. Why? Allison and Zelikow suggest it is because they implemented quickly as they had always implemented, according to the manual. There had been no need to camouflage bases in the Soviet Union.

The implication for senior leaders in organisations is the importance of the clarification phase of a decision. During the missile crisis, when leaders made a decision and instructed an organisation to take a particular action, they were not fully aware of how that implementation could have panned out. It almost lead to global disaster in the case of Cuba.

If you are going to persuade a decision maker, you must ensure you are able to help them clarify their intentions AND the intentions of the implementers.