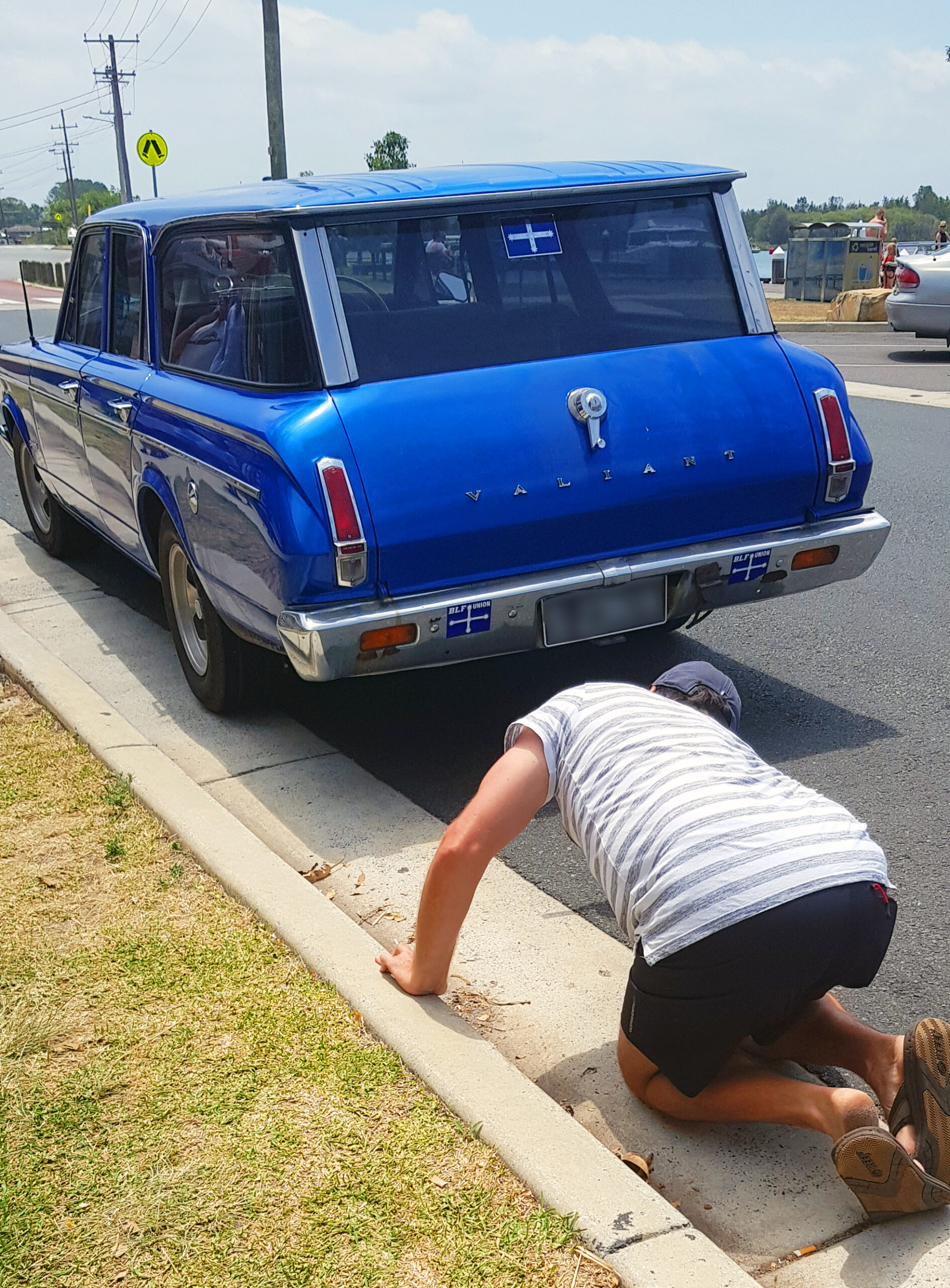 I was “up the coast” this summer. A term well understood for those who live in Sydney and covers anywhere from the Central Coast to the Queensland border. As with most holidays you get a good story or three. One of mine is the quintessential Aussie story as well as a wonderful depiction of why leaders in organisations need to know staff are operating within the bounds of the leadership team’s appetite for risk.

My friend (let’s call him Mike) and I were walking towards a pub. A few people were taking interest in an old Valiant (an Aussie made car by Chrysler until 1981) outside the pub. Soon Mike and I were looking at a snake poking its head out from under the wheel well on the back left of the car. Mike decided to take a closer look and I was ready with the camera in case I was able to capture a spectacular moment.

(Un)Fortunately nothing happened to my friend and we went inside for a beer. A while later I heard a patron speaking to the publican.

Patron: ”Did you hear Frankie from up whoop whoop way came into town with a python wrapped up in his wheel well?”

Patron: “Yeh. Bazza grabbed it and has let it out back in the bushes.”

Publican: “Where in the bushes?”

Patron: “In the beer garden.” (A beer garden is an outside area for food and drinks at an Aussie pub).

Mike and I had to get moving. I ducked around the corner to a shop while he headed to the car. By the time I met him in the car he was laughing his head off. Apparently, the publican had just walked past with the snake in a pillow case. My friend explained what had transpired.

The publican had gone and found Bazza. Called him irresponsible along with a few other names. And Bazza had then done the right thing (as far as he was concerned) and grabbed the snake and put it in the pillow case. Presumably the Publican called the wildlife rescue service for the safe relocation of the snake. As they walk past Mike’s car he hears:

Bazza: “Well I got the snake for you. How about a free beer!”

My take-away from this story for you is that depending on our personal biases that stem from our VEG (values, environment and genes) we all have different perceptions of risk. Obviously Bazza thought nothing of dealing with a python while the publican knew that people in the beer garden would more than likely freak out if they saw a snake. Even if the snake was relatively harmless (pythons are non-venomous and very rarely attack humans as they swallow their prey whole).

Given we all have different perceptions of risk, as leaders in organisations it is an imperative that staff know your tolerances for risk taking. Just ask the leaders of the Finance Sector Royal Commission here in Australia.

You can read more on my thoughts on Risk Appetite in this paper and if you are interested in having a conversation on how to bring value to an organisation through a risk appetite statement, please come join me and a group of other risk professionals at my group mentoring program that starts on Friday (8 February 2019) in-person and streamed online.